Both Christian and Gender Diverse

A wonderful feature of recent times has been the gradual emergence and increasing visibility of gender diverse Christians.  Although there are examples of gender diverse people in the Bible and Christian Tradition, for too long such people have remained hidden in religious life.  Today it is becoming easier to be visible, although most gender diverse people will not wish to be visible, or given special attention, simply for their gender.  Being able to be more fully oneself, without shame or other negative emotion, is such a blessing however, both to the person involved and church and wider society.  Instead of merely being talked about in a variety of usually unhelpful ways, visibility enables gender diverse people to share their own experiences, playing their part as equal members of the Body of Christ, enlarging our shared Faith and deepening love for all.  Fully affirming gender diverse people helps to make this possible. 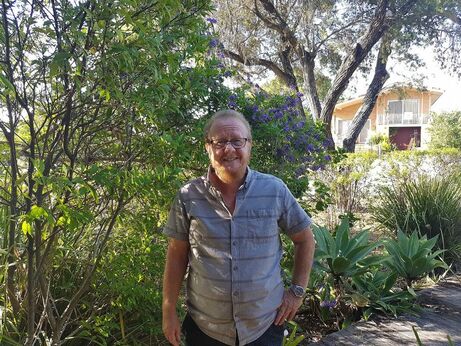 Eli Best
Eli was brought up in the Dutch Calvinist tradition and has worshipped in many Christian churches, finding his present welcoming home in an Anglican parish just north of Brisbane. He says:

My name is Eli Best and I am a trans man.  I have been visible as transgender since 2003.  My visibility is out of concern for the fellow members of my transgender community, not least those of Christian faith. I discovered how little was understood about sufferers of gender dysphoria, especially in the medical field and naturally became a source of knowledge and understanding to others.  As Mother Teresa said 'not all of us can do great things, but we can do small things with great love.' 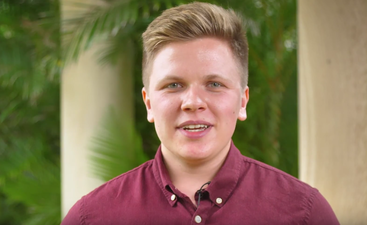 Krystian is, among other things, a young trans man from the University of Queensland, an  accomplished singer, and a member of the Anglican Parish of Christ Church, St Lucia in Brisbane.  Speaking of his experience in his work at UQ, he says:

The Transgender Day of Visibility is a day to which I’ve always looked forward.  I’d like to be visible so that people know that trans people are explicitly welcome here.

see more of Krystian on the short UQ Trans Day of Visibility video at:
https://www.youtube.com/watch?v=hYWtd9LliNs 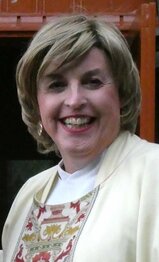 The Revd Dr Josephine Inkpin is an Anglican priest and Minister of Pitt Street Uniting Church in Sydney.  After decades of otherwise fruitful life and ministry but intense personal struggle, she finally came out publicly as a trans woman in her late fifties, finally feeling comfortable in her own skin and closer to God in the process.  She says:

Visibility means many things to me but not least displaying more of the rich diversity of humanity, dispelling something of the darkness of shame and repression, and contributing to new life and flourishing.
As a Christian and a priest, it also means unveiling another liberating face of God and love. 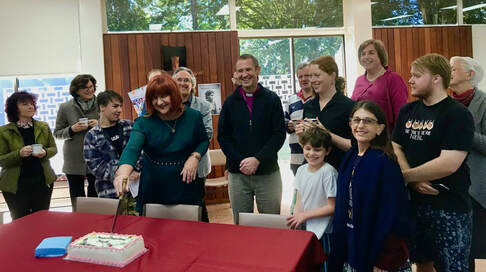 Emily is an HR specialist who works as a business manager for Queensland Health in Mt Isa.  She knew from the age of seven that she was female but, like other trans women of her age, had to endure mental anguish, isolation and social opposition.  She decided to transition about ten years ago and says:

When I transitioned, the cost to me personally was huge.  It’s cost me family relationships, long term friends, financially and it even put a halt to my career. It’s not a decision that we simply make because one day we wake up and say ‘Hey, I’m going to transition to another gender.’  For me it came down to the fact that I either transition to my correct gender, or simply not be.  I’m so happy now. 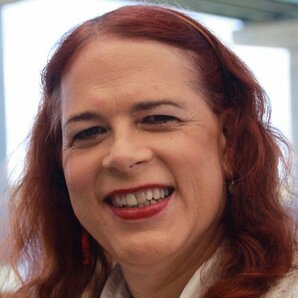 Sorèl Coward - in her own words

Sorèl was brought up as an Anglican in the Diocese of Adelaide.  Her early formative experiences, and remain so now, were as an altar server at early morning mass at Pulteney Grammar School, before the school day began.  After leaving school she was confirmed in Perth whilst serving in the Royal Australian Navy.

During her time in the RAN, Sorèl began to discern a calling to the Benedictine monastic life.  To this day her spirituality is still shaped by a love of mysticism, wilderness, and silence. For most of her life, Sorèl was, herself, hidden away in a silent wilderness known only to her.  In her place, for ten of those years, was a man revealed to all as “Father Simon”, an Anglican priest replete with all the trimmings of a full clerical “collar”, the ubiquitous black soutane, the many pointed biretta, and finished with delicate lace cottas.

In the end, the calling of the Dear Jesus to live and become an authentically true human person took precedence above all else.  It was He, who himself was stripped humiliatingly and starkly bare naked on the Cross, laid bare his soul as our Blessed Saviour.  So it was that Simon chose to be stripped of his adornments too, and revealed not the man within but the woman, and, almost sacramentally, to become an outward and visible sign of the our dear Lord’s inward and spiritual love.

These days, Sorèl finds herself as an accredited social worker and clinician, who specialises in healing gender-diverse people.  On many a Sunday, Sorèl may be found singing with her basso voice in her local parish choir, and revealing a breadth and depth of what it means to be a human person that is as mysterious as “the peace of God which passes all understanding.”

But what of being a Christian and being gender-diverse?  The Catholic Church says that transgender Christians are “intrinsically disordered people.”  While there is an evolving theology of gender-diversity in the Anglican church, the practical application in reality, remains almost as problematic.  While Sorèl still understands herself, still, as an Anglican Priest, and one who has become a Catholic, she nevertheless does not quite know where she belongs anymore, only to whom.  The love of God revealed in individual Christians and local Christian communities has taken on a defining importance that is far more meaningful than any particular denominational label….. and that is a long way from a black gaberdine soutane over-topped with a lace cotta.  In answer to the question of being a transgender Christian all Sorèl can now say is that she belongs to God, and God belongs to her, like never before.